Anger is an emotion I know all too well.

When I was 5 years old, I loved spending countless hours trying to master Mario Kart on our Nintendo D.S game console. It was one of these times, when I was close to the finish line, that my sister yanked it from my hands. I felt a surge of red, boiling anger and possessiveness washing over me. So, I did the thing that, in my head, was the most rational thing to do: yank the console from her.

As we ended up fighting over the object that I was barely hanging onto with two nails, there was a telltale crack.

Silence filled the space between my sister and me as we stared at the two halves, one side in each of our hands. I flipped the console over and over in my hand and then, after she gave up the other piece, tried to mesh the two together, as if I could magically make it stick. That did not work.

“DAD, KAKAK BROKE THE D.S!” I screamed, as tears of sadness rolled down my cheeks, and I continued trying to put the two pieces together, pushing the “On” button.

“Why didn’t you two share, no fighting,” My dad said as he saw the two halves of the D.S and disappointedly shook his head.

“Yeah dede, why didn’t you share?” Kerry mocked my despair as I glared at her.

As a child, I had an ‘I’m-right’ complex, so although it may have been my rash actions that caused a fight over the game and its demolition, at the time I could not admit to myself that I probably should have not reacted in that way.

That broken D.S. was just one example of my inability to share with my older sister or control my bouts of anger. We could never share just one boba tea without bickering over who took “too long” of a sip or had too many sips.

“It’s going to be a great day,” I remember thinking to myself as my dad drove my sister and me to the boba shop. I would finally satisfy my cravings and hopefully make it home in time to binge-watch the whole ‘High-School Musical’ movie on Disney Channel, but life would not be that easy. Inside the plastic bag, instead of him holding two cups of the drink, I saw just one.

Letting my emotions wash over me again, I immediately grabbed the drink.

“Me first, then you, you can’t take too much or else it wouldn’t be fair!” I told my sister before continuing to drink more than what should have been “fair.”

As I look back on this incident, I realize I still have trouble sharing. Instead of hoarding all the snacks and goodies for myself, I decided to let go of my ways and try to become more caring towards others.

Even over the smallest pet peeves, such as someone barging into my room too early in the morning and not closing the door after coming in, someone shaking the leg of the table during a test, or in the hallways when people walk too slowly, I would feel the familiar rush of annoyance bordering on anger.

“Excuse me dad, can you please close my door?” I would yell at him underneath my fluffy pillow, voice heavy with sleep. I was peeved by the prospect of standing up and parting from the warmth of my bed.

Such as during my elementary school summers in Girls and Boys Club. 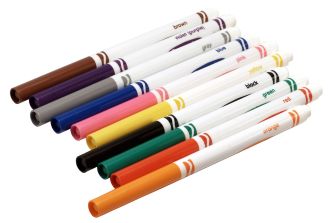 I decided to enter the coloring contest with a friend, carefully choosing shades from the new 10-color marker set. Unlike the other kids coloring outside of the lines or having a plain background to their pages, I decided to add polka-dots. Attentively, I made sure each dot was the same size and placed at equal distance from the other.

Unfortunately, my friend sitting beside me decided to do the same thing I had, after I proudly showed my finished piece.

After turning it in, I anxiously waited until lunch time for them to announce the winners. But instead of seeing my masterpiece displayed, a supposedly one-of-a-kind creation, my “friend” won instead. That was my first exposure to betrayal, and although I was angry, I decided to congratulate her and not let my inner turmoil show.

From experiences I have had through my 17 years of life, I learned that it is better to control anger, but not to entirely bottle it up to the point when I become too angry and explode in a tirade of words or bad temper. Ever since my “tangent episode” when I was 5, I have become more adjusted to anger and, in some ways, learned to control myself.