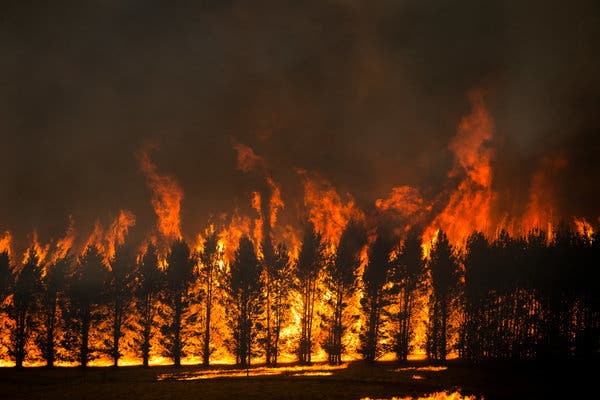 Although brush fires continue forging a path of devastation through the Australian bush, there is a group of students on campus who are working to help alleviate the suffering.

The bush-fires have claimed over 20 lives and caused an estimated 1.5 to 2.5 billion dollars in damages and immeasurable pain and suffering. In response, Leaders of Today, a leadership club, is currently collecting donations to send to the region. Club president and founder Styvalizh Uribe hopes this will teach the club members to take initiative in community and global issues.

“We started with school projects, which eventually led to community projects like beach cleanups. Now, I want them to learn about global leadership so that they can be more invested and informed in the reality that they are living in,” said Styvalizh Uribe.

As of Jan. 28, fire suppression efforts continue, along with rainfall, to support the firefighters in pushing back the fires. According to Australian officials, the fires may continue to burn until April. To counter the problem, the Australian government created the National Bushfire Recovery Agency and many volunteers are also joining the effort to quell the flames. Australia’s neighbors, New Zealand and Papua New Guinea have also been quick to respond and send aid, and both the United States and Canada have sent their own firefighters as well.

While Australia has always been prone to fires and the country is in the middle of its summer fire season, this recent fire has been one of the worst outbreaks so far. Fires are reaching record temperatures and air quality has been exceeding hazardous on several occasions. Australia’s ecosystem has been devastated as 900 million animals have been killed and over 12 million acres of land have been burned. Many already-endangered species are also being pressured into a difficult situation. Ecological experts have grim outlooks on the condition of the environment.

Climate change is a critical factor of the fires. Increased temperature and drier climate have raised the frequency and intensity of the fires. Carbon dioxide emissions from the fires will add to the increasing levels of carbon dioxide in the atmosphere. Ashes from the fallout may pollute the water, which can lead to algae overgrowth that can cause a massive decrease in freshwater fish.

Although the trend of increasing the severity of wildfires is evident it does not mean that the circumstances are hopeless. It is possible to prevent future tragedies by actively fighting climate change. Anyone can contribute even by simply reducing their carbon footprint by walking from time to time or reusing bags.