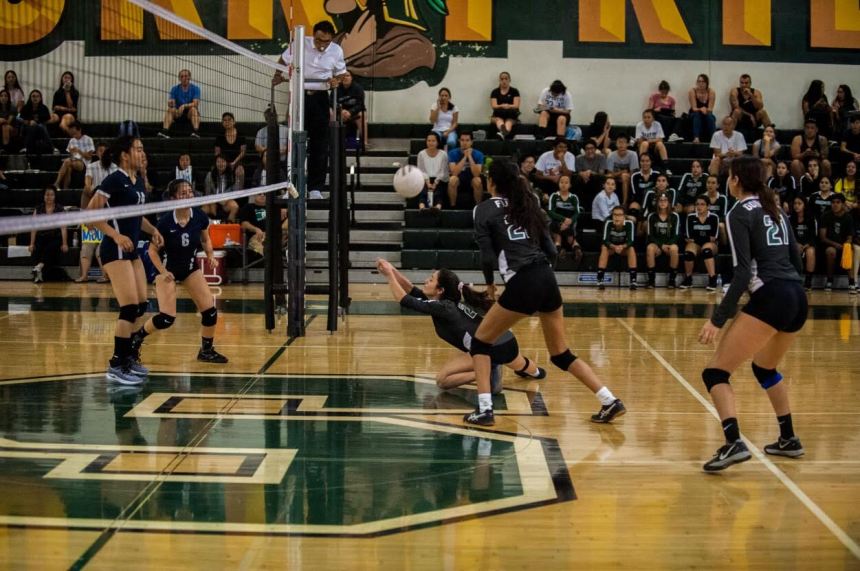 Girls’ varsity spikers were scheduled to begin league competition Sept. 6 against the Mark Keppel Aztecs, after ending preseason with an overall record of 5-1.

“Preseason was a fun experience that made us stronger as a team. It prepared us for league and got us back into shape. We bonded a lot more which helped us to communicate and perform better on the court,” said senior Allyssa Rodarte.

“The most memorable part of preseason was making a new bond with new teammates. It prepared me for league because it gave us a taste of what will be facing during season,” said junior Vanessa Murillo.

The varsity Spartans emerged victorious, 3-0, in their first two preseason games against the Paramount Pirates and Bellflower Buccaneers on Aug. 16 and Aug. 14.

Preseason was an opportunity to develop and fortify the bonds between all levels and their newly formed teams.  Working and practicing together assisted the players’ communication skills and gave them confidence going into league.

“We were a new team with new people in the beginning, but we eventually grew closer and more comfortable with each other. It [preseason] improved my ability on how to talk more to my teammates and prepare me for league,” said sophomore Leslie Quezada.

The JV and frosh/soph teams both concluded their preseason with overall records of, 5-1.

“All of us would work out together as a team and encourage each other to work harder and it built us to a successful team and a successful league season,” said freshman Jaquelyn Sandoval.