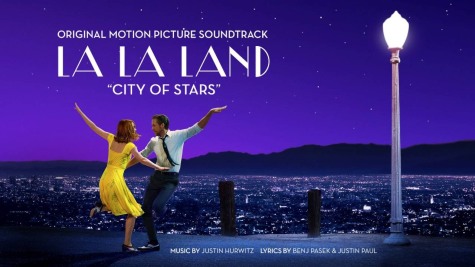 I finally ended up watching “La La Land,” Saturday night. A movie I had wanted to watch since December. I had really enjoyed listening to the soundtrack, and with the reaction from my friends’ Snapchat story (She gave it an 11/10), my anticipation could not have been any greater.

My cousins and I, full of excitement, trudged through large crowds at the theater and made it to our seats. Phones were set on vibrate, conversations ended, and the sound of chewing popcorn became the only audible noise as I watched the entire movie with wide eyes.

“A toasty splash of sound and color,” was what Tom Shone of Newsweek had said about the film, and I could not agree more.

Combining romance, drama and comedy, “La La Land” was one remarkable movie-going experience. Ryan Gosling and Emma Stone brought Director Damien Chazelle’s vision to life and the combination of the actors and the music made the movie spectacular.

I had a great time watching the film and would recommend it to anyone. Disappointment is the last word I think any would want to say about the movie, but sadly, it is a possibility.

I say this because after watching the film, I not only remember the singing and choreography, but also the occasional snicker-of-disbelief from my cousin, Sarah.

There were moments in the film where I couldn’t help but snicker, too. For my cousin, however, it seemed as if the majority of the movie was one big laugh.

I eventually asked her why she laughed and found out that she didn’t really watch a lot of musicals – a similar realization that I would conclude for myself.

My reaction to my cousin was overdramatic, but I remained curious: Why did I like the film when my cousin and I both don’t usually fancy musicals?

Was it the acting? The plot? It was only afterwards that I realized that one of the reasons I enjoyed the movie was because I usually enjoy action-packed thrillers filled with superheroes and explosions, but it was nice to deviate for once.

However, “La La Land,” circumvents this issue by blending classical musical elements with modern characteristics, ones more familiar to me, to create an adaptation all audiences can enjoy.

Experiencing something new brings risks, and we tend to shy away from them when they are outside our own comfort levels. But I realized that stick to what I know, being faithful to only one type of anything, can keep me from so much enjoyment.

“La La Land” was not our usual choice when it came to movie genres, and while we may have had different opinions about the film, these opinions could only have been formed after watching it.

It’s because of an incredible film like “La La Land,” that I understand the value of branching out