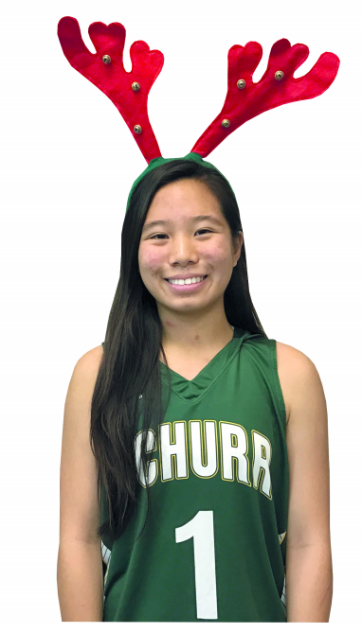 As another winter season nears, I slowly leaf through the items in my cardboard memory box, one I had made with my best friend when the world consisted of swinging on monkey bars and avoiding cracks on the sidewalk on our way to school.

To many, the idea of winter conjures images of barren Arctic wastelands, an enormous blank page waiting for life to begin a new chapter with the blossoms of spring. For me, the holidays are a reminder of our childhood fantasies—when becoming a firefighter was tantamount to being a scientist or actress, and when our Southern Californian minds failed to wrap our mind around the fact that snowflakes were not as enormous as storybooks depicted them, but soft and miniscule—though with all the same unique beauty present in each individual flake.

With each item returned another bittersweet memory of our childhood: the ping-pong ball we used in experimenting with our Rube Goldberg contraptions, a parched daisy from the wreath I wore playing Kings for Breakfast—I was always Princess Labam and he the Raja’s son, as in the old Indian folktale. He would tell me about his adventures in Kerala, his humor and excitement ingeniously layered through each tale.

A small Minnie Mouse notepad occupied the corner of the box. Thumbing through the pages, I read the last entry: June 20, 2009. “Veendum kaanaam,” a Malayalam farewell which literally translated to “See you again later.” I smiled at my crooked kha‘s and jha‘s. My days spent learning the intricate curves and edges of Michael’s native language had led to my deep-rooted love for his culture, and what I now consider a part of mine.

Flipping back to a neon post-it mark, I began to read. “December 16, 2007”: He had told me that there were some untranslatable words meant to capture the wide spectrum of emotions in the human experience. Viraag, the Hindi term conveying the emotional pain of being separated from a loved one, seemed a beautiful word at the time. Living in the present but with lingering thoughts from the past. No other word could more accurately describe how I felt five years later, when we parted ways.

Despite the aching hollowness, the mix of tears and laughter I so vividly remember through each photograph now seemed logically balanced. Since he left, I have made it a goal to spread the wealth of positive energy he released around him, hoping that one day I may meet him again to tell him about my adventures.

I see his expressions reflected in the faces of the men, women and children I have met through simple acts of kindness: in the smile of our elderly neighbor with Alzheimer’s finding her way home and in the determination of the fruta man at Legg Lake. I hear his laugh resonating among the young players I have coached, their enthusiasm reminiscent of his unmatched spirit. I see the glint in his eyes mirrored in those of our freshman mentees, eager to quench their burgeoning thirst for knowledge.

I can still feel the inseparable inner connection that switched on whenever we challenged the other kids to a basketball game in the empty lot by our school. Separated from the world by a chain-link fence, nothing else mattered but the uneven concrete floor and our semi-deflated basketball covered by dirt and grime. I remember the seemingly indefatigable vigor with which we played—regardless of score—and to this day that same burst of energy and love for the game remains an invaluable weapon as I enter every varsity competition.

As winter arrives once again, I begin to visualize every experience following grief as a snowflake, as writer Julia Cook once did. Each snowflake is made of the same substance—the water, or tears, of loss. Nevertheless, no two snowflakes are identical. They each have a unique geometric shape, path, and time frame before they land. As much as we try every year to reach for the snowflake as it lands in the palm of our hands, however, they dissolve before we can fully appreciate its true beauty.

I stopped attempting to ensnare the ephemeral beauty of the snowflake and instead admire them as they fall—on television screens and through dreams, as I have never experienced snowfall. Only then did I realize that acknowledging my inability to prolong the snowflakes’ beauty was a pivotal step towards the final stage of grief: acceptance.