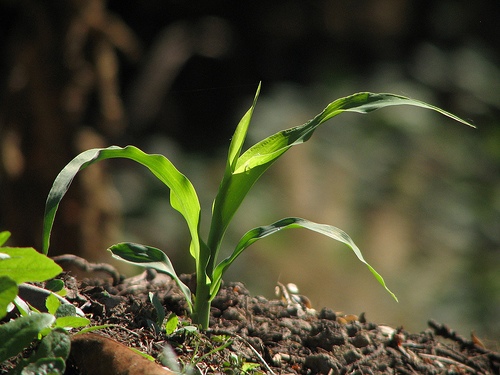 With a shovel in hand, the members of Plant Posse, or Gardening Club, have made it their mission to sow seeds and maintain the green of the campus grounds.

“We plan on continually maintaining the Senior Garden near the counselors’ office by watering and weeding each week,” said Anthony Chacon, Plant Posse Co-President. “We are planning on weeding and planting in the planters in front of the main office, the auditorium and the ones near the S-Building over the duration of spring break.”

The groups focused on revitalizing the Senior Garden by watering and weeding the area, as well as turning over the soil in the S-Building Garden to mix in nutrients and prepare the dirt for future planting projects.

“Mr. Jake Torosian, a former welding teacher, started that garden many years ago. His students designed and built the benches, the arbor gateway, the fencing, the trellises and the pyramid trellis. He also planted loquat trees, which happen to be fruiting for the first time,” said Vivian Nakano, Plant Posse adviser.

During winter break, Plant Posse also worked on weeding and replanting in front of the auditorium and near the student store.

“Over the past week, I have seen a growing interest in the caterpillars in front of the auditorium. It is very pleasing to see that the garden is healthy and has been successful in attracting several monarch butterflies,” said Chacon.

The aescleipia milkweed plants, on which monarch butterflies lay their eggs, were donated by a former Schurr secretary, Evelyn Maxwell.

“[Maxwell] helps me locate plants at very reasonable prices and gives me advice on what to grow. As we reclaimed more planters, faculty also donated extra succulents from their own yards that have now grown and multiplied,” said Nakano.

According to Nakano, the club’s first project was the white iceberg roses, currently located in front of the main office.

“It was cold, the soil was muddy and a few hearty students along with Mr. Duarte lent their time and muscle digging holes, mixing up the good soil with the dirt and we planted bareroot twigs,” said Nakano. “Every day I would take a close look at them to see if they were budding.  Finally, the leaves came out, and as April approached we had our first white rosebud. That was thrilling.”

Plant Posse makes an effort to grow drought-tolerant and low-maintenance succulents in hopes of elongating the plant’s lifespan, such as, aloe.

“Anyone can donate extra aloe pups (young aloe vera plants used for planting) from home, and we will be happy to add them into our campus projects,” said Nakano.

However, as members have learned, even drought-tolerant plants require a fair amount of water— much of it being provided from the perspiration of their work.