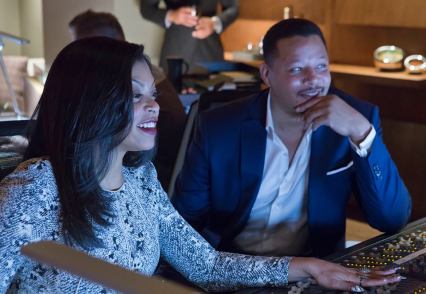 Through the use of bold personalities, hip hop music and intense family drama, Fox’s new hit “Empire” brings diversity to the TV world with a minority-led cast.

Appealing to wider audiences on a non-cable channel, “Empire” smashed a 23-year ratings record (since 1991), showing ratings growth in more than four consecutive weeks following its premiere, according to nielson.com. “Empire” has now done so for an unheard-of eight straight weeks, accumulating 14 million views of its premiere over the course of the following week across all platforms.

“I think it’s great that more shows like ‘Empire’ are starring casts that are led by minorities because it changes peoples’ ideas of stereotypes by showing that we all share the same fears, goals and values. It makes people more accepting of different cultures,” said junior Cesar Rios.

“Empire” is similar to shows such as “Scandal,” “How to Get Away with Murder” and “Orange is the New Black,” in that it features a predominantly black cast. Instead of displaying an ideal black family, the show deals with negative stereotypes of the black community, such as homophobia, and puts them into context.

Diversity in the media is important as it empowers minority viewers by providing role models that they are able to relate to.

“Diversity is important in TV because you see different points of view from different types of people. It allows you to adopt new ideas rather than sticking to one way of thinking and having your views be blocked by ignorance,” said senior Isabella Juarez.

The portrayal of stereotypes in media is not always a bad thing. Characters of these shows appear to be stereotypical, yet as the story progresses, they develop unique, individual traits.

The show follows Lucious, his three sons competing to take over the company one day and Cookie, the ex-wife, who returns from prison determined to get her share of the family fortune.

At the beginning of the show, the moment Lucious was about to cash in on Empire’s success with an IPO (initial public offering), he is diagnosed with ALS, commonly called Lou Gehrig’s Disease, and given three years to live, intensifying the urgency in choosing his successor.

The eldest son, Andre (Trai Byers), is the company’s CFO (chief financial officer), sharp and business-minded, but secretly bipolar and lacking the musical talent and charisma his father values most. The other two are both up-and-coming superstars, Hakeem (Bryshere Y. Gray), a self-absorbed rapper who Lucious favors, and very shy, talented singer-songwriter Jamal (Jussie Smollett), whose homosexuality displeases his father.

Music plays a significant role in the plot of the show, as vibrant productions of original music, produced by Timbaland, are featured. The season one soundtrack is available on Spotify and iTunes.

The “Empire” season one finale aired March 18 and the series has been renewed for a second season. It will return in the fall. Season one episodes of “Empire” are available on fox.com and hulu.com.

There will be a haunted house fundraiser for Engineering and Design in Mr. Kline’s room during lunch in C103 and AVID is hosting a school-wide Halloween costume contest, also held at lunch. Prizes are $50 for the winner, $25 for 2nd place, and $15 for 3rd place.