Music’s biggest stars came together Feb. 8 for a night filled with compelling performances, well-deserved awards and surprises at the 57th annual Grammy Awards.

Winners of the top prizes included newcomer Sam Smith, a 22-year-old British soul-singer who was introduced to American audiences last year, as well as old-timer and alternative rock and folk singer Beck.

“It was only until I started to be myself that the music started to flow and people started to listen,” Smith said while receiving the Best Pop Vocal Album award.

Smith’s winnings included Record of the Year and Song of the Year for “Stay With Me (Darkchild Version),” (the latter with co-writers James Napier and William Phillips) as well as Best New Artist and Best Pop Vocal Album for In The Lonely Hour. 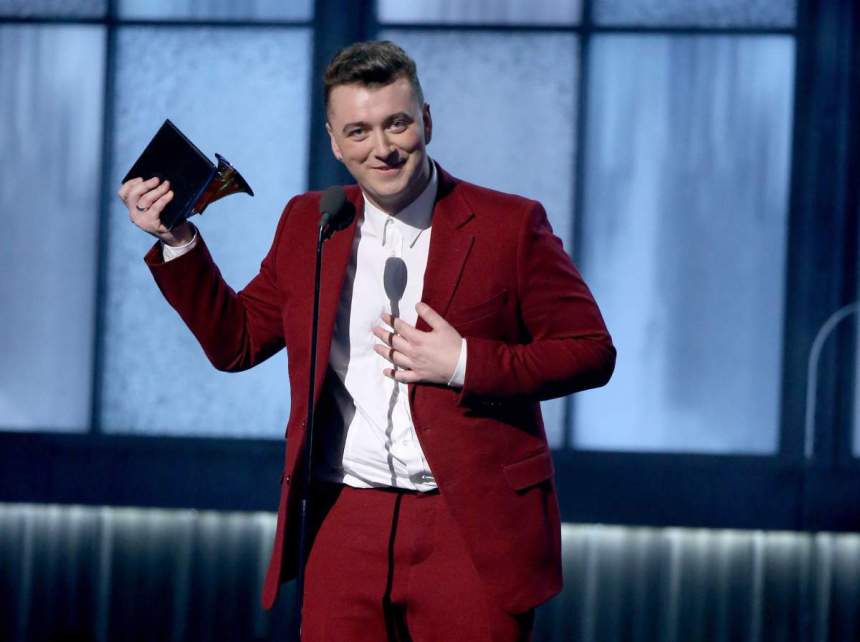 Beck shocked audiences and became a surprise champion, winning Album of the Year for Morning Phase against Smith’s In the Lonely Hour, Beyoncé’s self-titled album and Ed Sheeran’s  X, a worldwide hit on streaming services such as Spotify.  In addition, Beck won Best Rock Album.

Besides awards, the show was filled with 23 amazing performances, including AC/DC’s kick-off performance of “Rock or Bust” and its 1979 hit “Highway to Hell,” the introduction of Rhianna’s new single “FourFiveSeconds” with Kanye West and Paul McCartney, and many more by artists such as Beyoncé, Ariana Grande, Madonna, Pharrell Williams, Miranda Lambert, Adam Levine and Gwen Stefani.

In their captivating, signature Grammy moments, the Recording Academy made musical magic with their complementary pairings such as Ed Sheeran with Jeff Lynne’s ELO, Beck with Coldplay’s Chris Martin, Annie Lennox with newcomer Hozier and Smith with Mary J. Blige.

Tony Bennett and Lady Gaga were among the entertaining duets, who together have accumulated 23 Grammys.  The duo brought some class to the night as they sang their jazzy rendition of “Cheek to Cheek,” an 80-year-old classic by Irving Berlin.  Their collaborative album by that title won Best Traditional Pop Vocal Album.

On a more serious note, President Barack Obama made a plea to stop domestic abuse, followed by a testimonial by a survivor of domestic violence.  Katy Perry ended the scene with her heartfelt performance of “By the Grace of God.”

It was a fitting moment for music’s biggest night, where music is celebrated and its ability to impact and inspire people is recognized.